I am pleased to volunteer and serve as President of this dedicated Board of Directors. As a veteran from the Vietnam War who lost classmates and close friends I understand why we need a monument that honors the veterans who gave the ultimate sacrifice. Our goal is to provide a beautiful monument to recognize all Sheboygan County Veterans who have served in our military.
Thank you for taking the time to visit our website. Sheboygan County proudly remembers our veterans at this beautiful memorial. Pictures just don’t do it justice and I hope that very soon you will have the opportunity to visit this hallowed ground and see for yourself.

Veteran Board Of Directors - Voting Rights 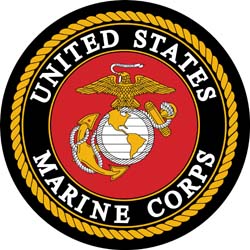 George is a Veteran of the Vietnam War and served in the United States Marine Corps from 1968-1977. He is retired from Eclipse Manufacturing Company. George is a member of VFW Post 9156, Sheboygan County Marine Corps League Detachment #1446 and American Legion Post 555. He believes that it is very important that men and women that have served our country, past and present, be recognized for the unselfish commitment they made to this country. Without that commitment, the United States would not be what we are today. The land of the free and the home of the brave. These individuals are owed a big “Thank You.” 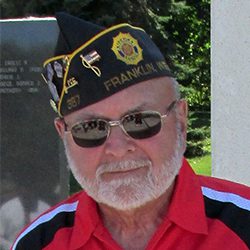 Jerry is a charter member and has been a part of the SCVM since its planning stages. He has taken care of the grounds and maintenance of the memorial since it was built.
He is an Army veteran who served from 1960-63. He retired from Kohler Company after working 44 years in the Iron Foundry. He is a member of Sheboygan County Unit 1080 of the 40 & 8 and American Legion Post 387 in Franklin. He is pleased to serve on this very special committee.

Grounds & Maintenance
Board member since 1990 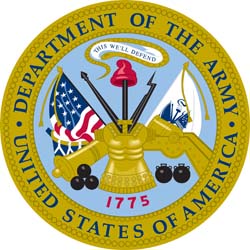 Katrina has served as Flag master for the SCVM since joining the board.
She served in the Army and Army Reserve for six years.
She is a member of the Ladewig Zinkgraf American Legion Post 243 in Plymouth.

Flag Master
Board member since 2018

Dennis assists with grounds and maintenance at the memorial. He served in the Wisconsin National Guard from 1975-1995. He is retired from Spartech Plastics where he worked in the maintenance department.
He is a member of the Ladewig Zinkgraf American Legion Post 243 in Plymouth. He serves on the board to remember and honor those who came before us to protect our way of life.

Assistant Grounds & Maintenance
Board member since 2016

Denise has served as Vice-Chairman of the SCVM since December of 2017. She is a Veteran who served in the Army, Army Reserve and the Wisconsin National Guard. She feels that being a part of the SCVM committee provides a personal opportunity to continue to serve, support and honor our local community Veterans. Fun fact: She was part of the 7 member Honor Guard dedicating the SCVM on August 20, 1994.

Vice Chairman
Board Member Since 2016

Ken serves as Treasure for the SCVM. He is a veteran of the Navy and served from 1960-1964. He is a member of VFW Post 9156 and is a Past Post Commander and also a Past District Commander. He retired from Kohler Company where he worked as an enameller. Ken enjoys his time serving on the board. He feels it’s important to keep the memorial active and to ensure that the community never forgets the sacrifices made by those who served.

Treasurer
Board Member Since 2014

Vince served in the U.S. Navy from 1960-1966 as a Second Class Gunners Mate. He and his wife Michaelene are originally from Chicago where he retired from Flexible Steel Lacing Company in 2005. They moved to Sheboygan in 2010. He is a member of VFW Post 9156, American Legion Post 555 and a member of the Sheboygan County Selective Service System. He joined the SCVM Board to assure that there will always be a memorial for those who served our country.

Phil has served as Assistant Treasurer of the SCVM for 6 years. He is a U.S. Army veteran, serving from 1983-1992. He has worked as a mechanical assembler for 25 years and is a lifetime member of VFW Post 9156. He feels it is important to serve on the board so that we can continue to recognize the heroes of our community.

Assistant Treasurer
Board member since 2015.

Non Veteran Board Of Directors - No Voting Rights

Bonnie has been employed at Hoffman’s Flower Land for over 40 years. She is a member of the American Legion Auxiliary Unit 387 in Franklin and also Cabane 10-80. She feels that the SCVM is a good organization and she is honored to serve on its board.

Kathy is a past secretary of the SCVM and is currently the webmaster for SCVM. She retired from the Plymouth Police Department where she served as the Administrative Assistant to the Chief of Police. She is a member of the Ladewig Zinkgraf American Legion Unit 243 in Plymouth and is chair of the Human Concerns Committee at St. John the Baptist. Kathy is the proud wife, mother, sister and aunt to many veterans and she serves on the SCVM board to honor their service.

Secretary
Non-voting Board Member Since 2016

Bob shares that it is important for him to belong to the SCVM committee so that he can support his veteran wife and honor his dad who is a Vietnam veteran.

Secretary
Non-voting Board Member Since 2016

Darlene works full time at Acuity Insurance in Sheboygan. She has been the SCVM Assistant Secretary since 2014 and is an active member of the American Legion Auxiliary Unity #387 in Franklin. Her father was on the original SCVM committee that brought the dream of having a veterans memorial in Sheboygan County to a reality. She honors his wishes, his original work and continues his legacy.

Assistant Secretary
Non-voting Board Member Since 2014

Sue retired from Francis Chiropractic Clinic after 30 years as a Chiropractic Assistant. She is the spouse of the SCVM Chairman, Allen Nohl. She is a member of the American Legion Auxiliary Franklin Unit 387 and has held various offices within that organization. Promoting the SCVM and all it means to our Veterans and their families is very important to her.

Non-voting Board Member Since 2010

Lynnette was employed at Wells Fargo Bank for 40 years and retired as Site Manager, Milwaukee Remote Item Processing. As a member of the Ivy League Garden Club she began attending SCVM meetings in preparation of the 2015 rededication of the SCVM Blue Star Marker. At this dedication, national and state Garden Club representatives shared information on the new Gold Star Marker program. Ivy League members, in cooperation with the SCVM, installed this marker at the memorial in 2016. She remains on the SCVM as a representative of the Ivy League Garden Club.

Non-voting Board Member Since 2015

Non-voting Board Member Since 2004

Brad has served as the SCVM Financial Adviser since 2006. He is a financial adviser at Voyage Wealth Strategies located in Sheboygan. Brad is active in his community and also serves as a board member for George D. Warriner Schools, a project based learning charter school in Sheboygan. Additionally, he volunteers and supports a number of local non-profit organizations that work with children, education, or veterans. While never having the honor of serving the country; Brad developed a great affinity and respect for veterans through a close personal relationship with an Air Force veteran who served in Nha Trang Vietnam. He is honored to have worked with the Veterans Memorial for over 15 years.

Non-voting Board Member Since 2006 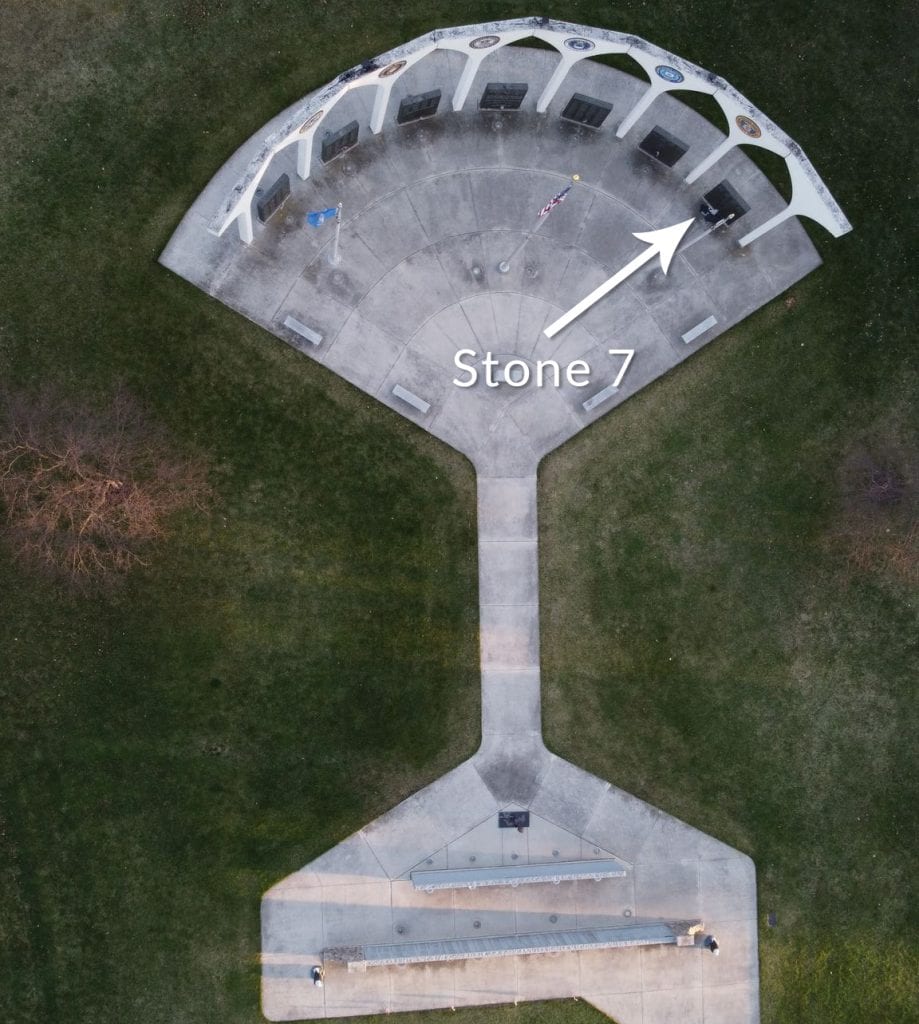 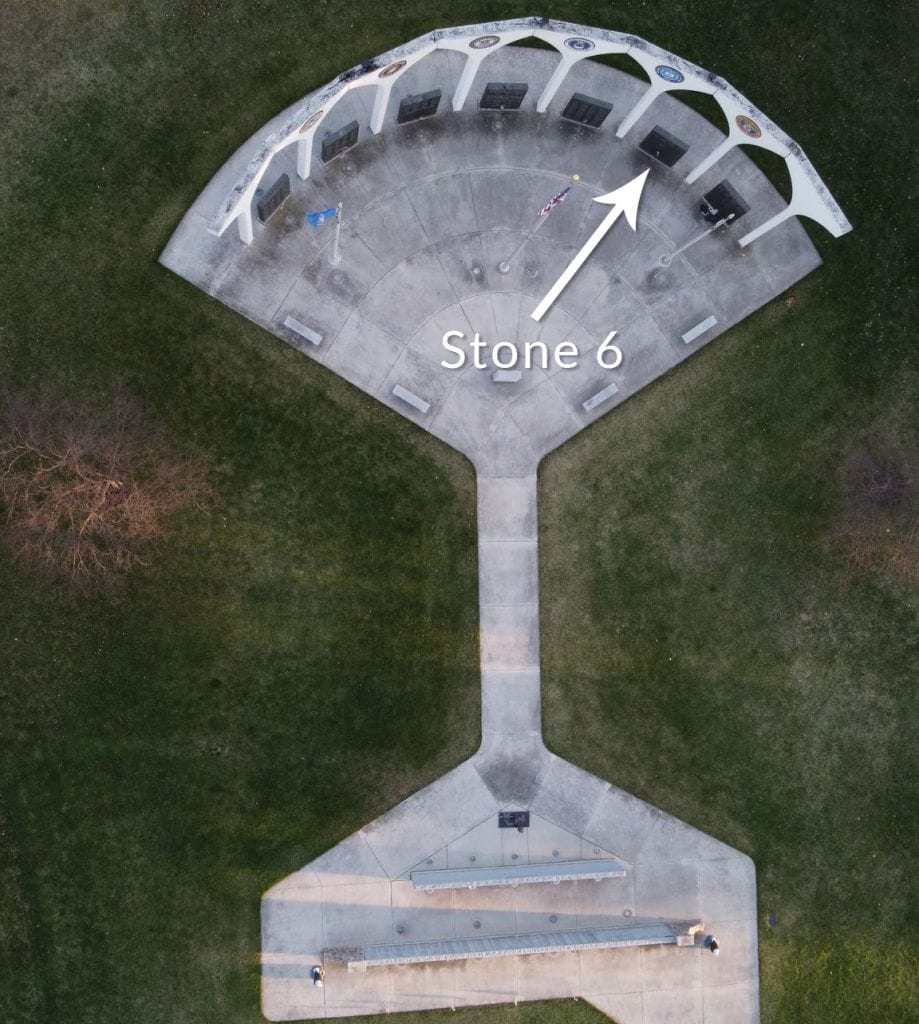 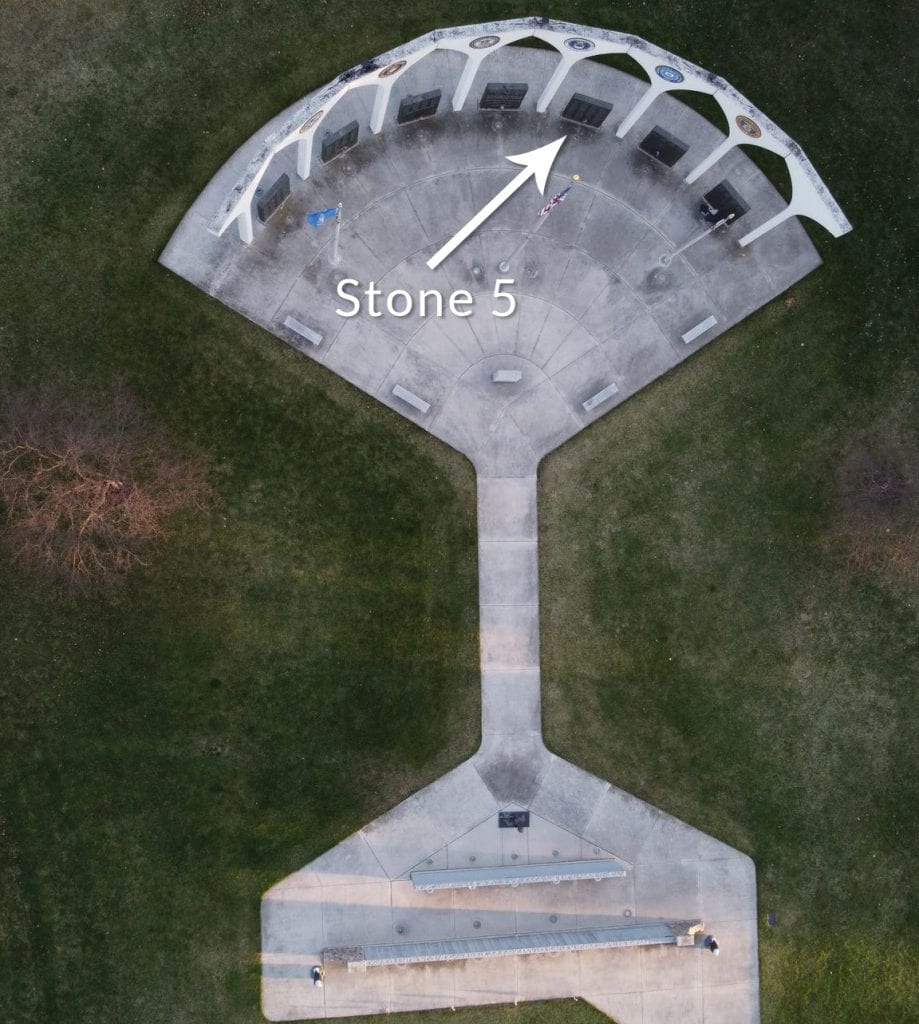 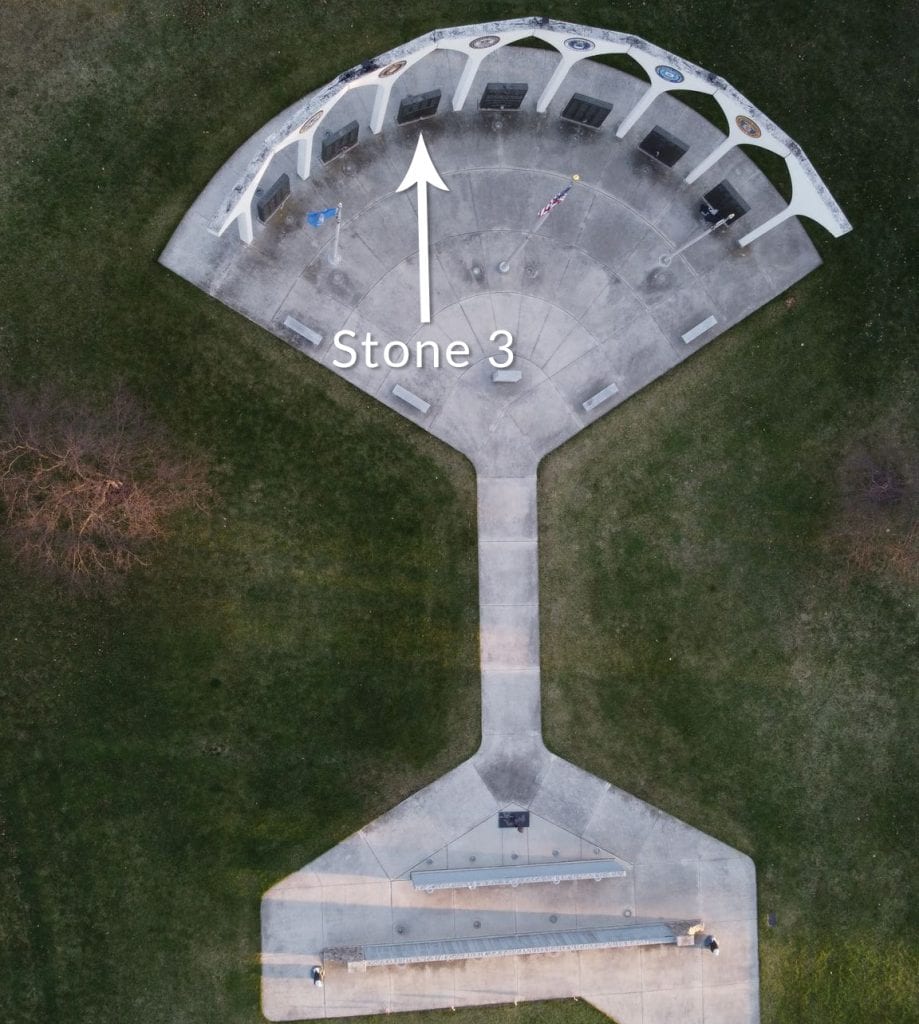 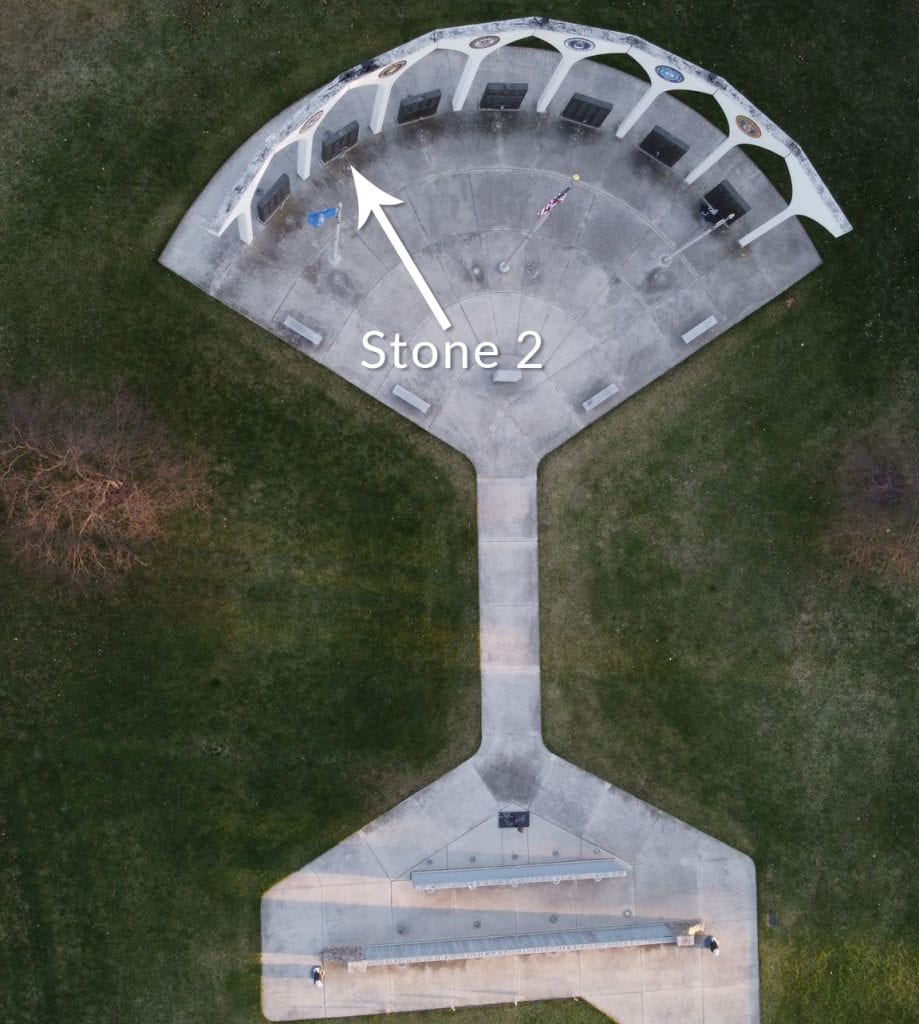 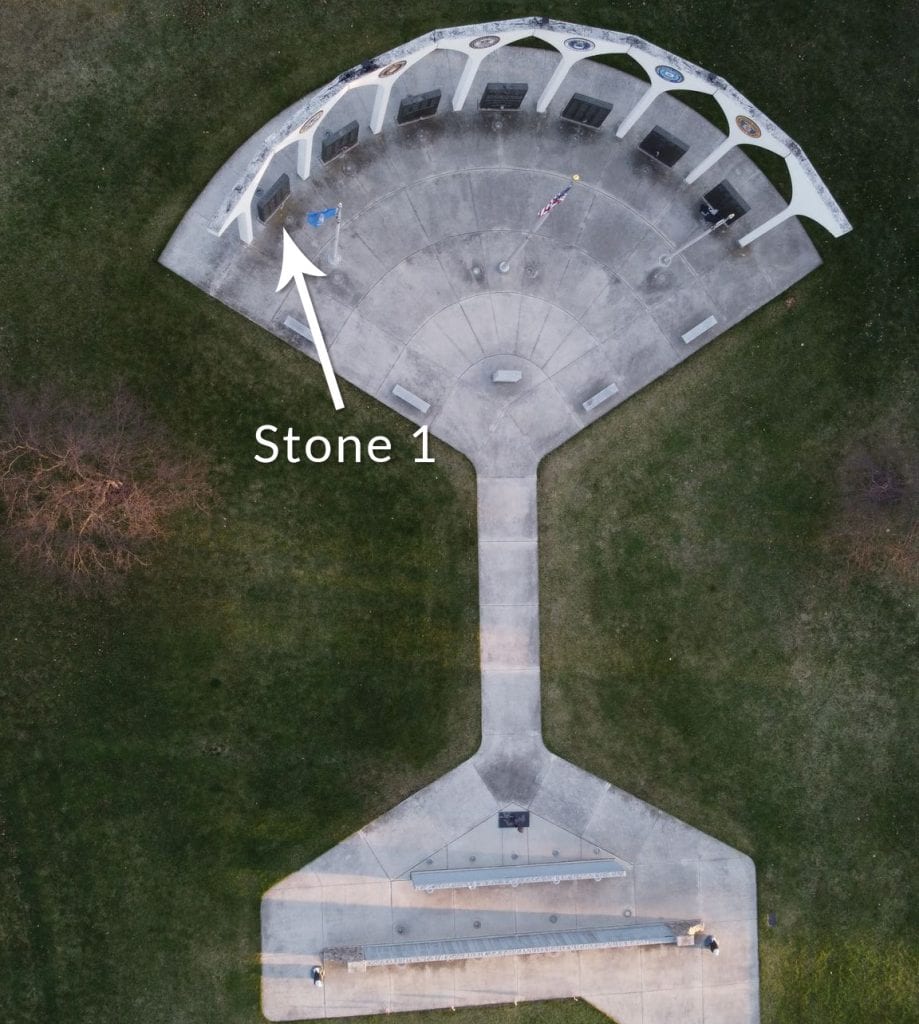 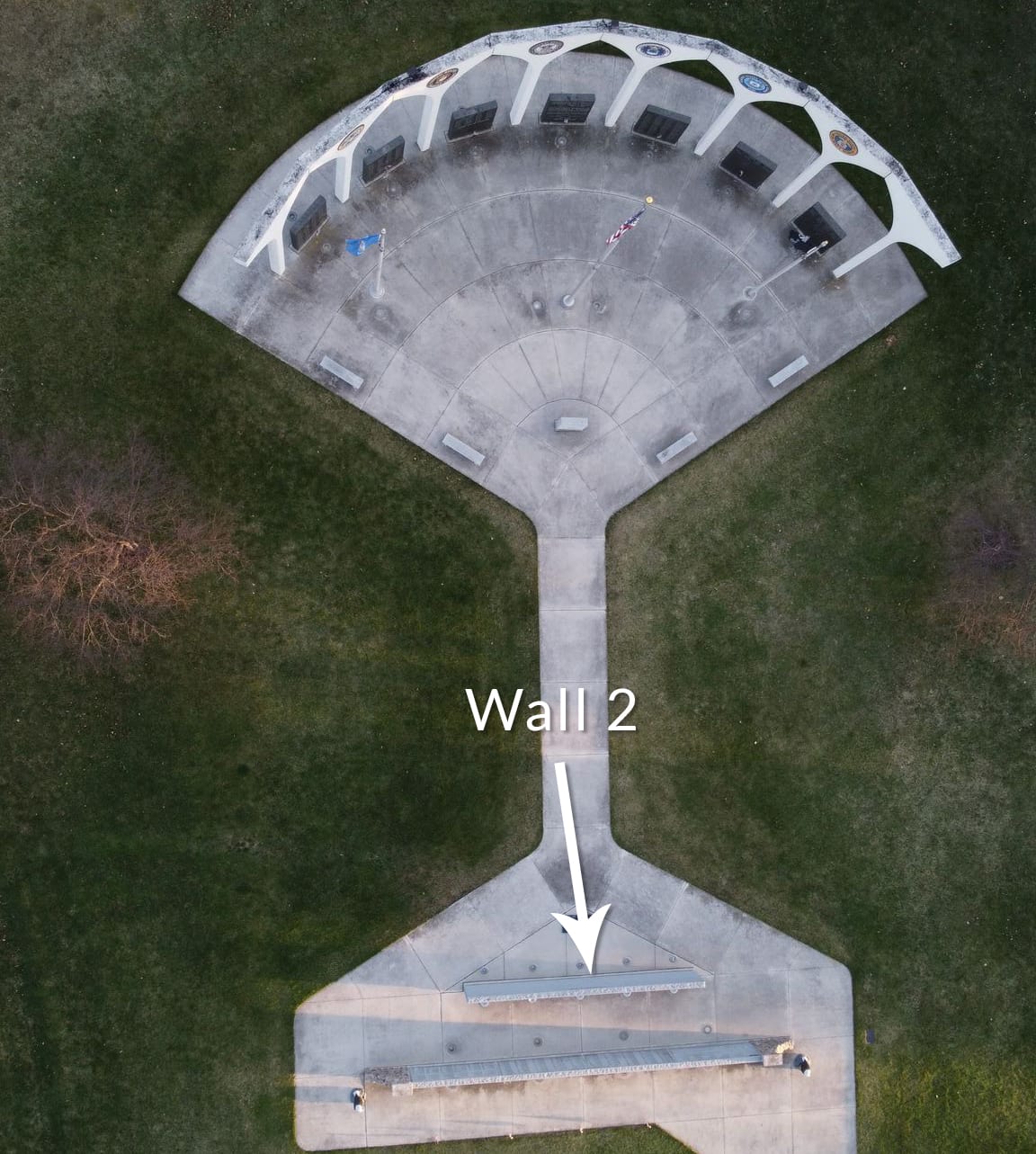 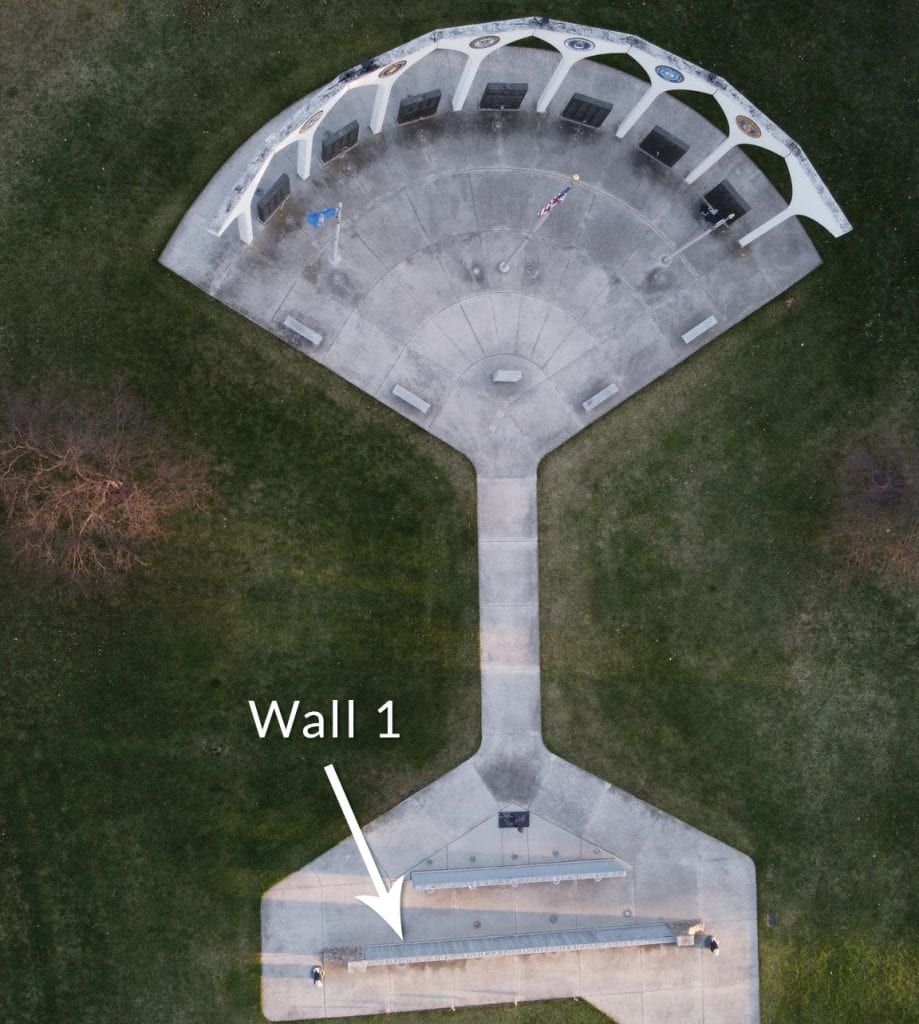